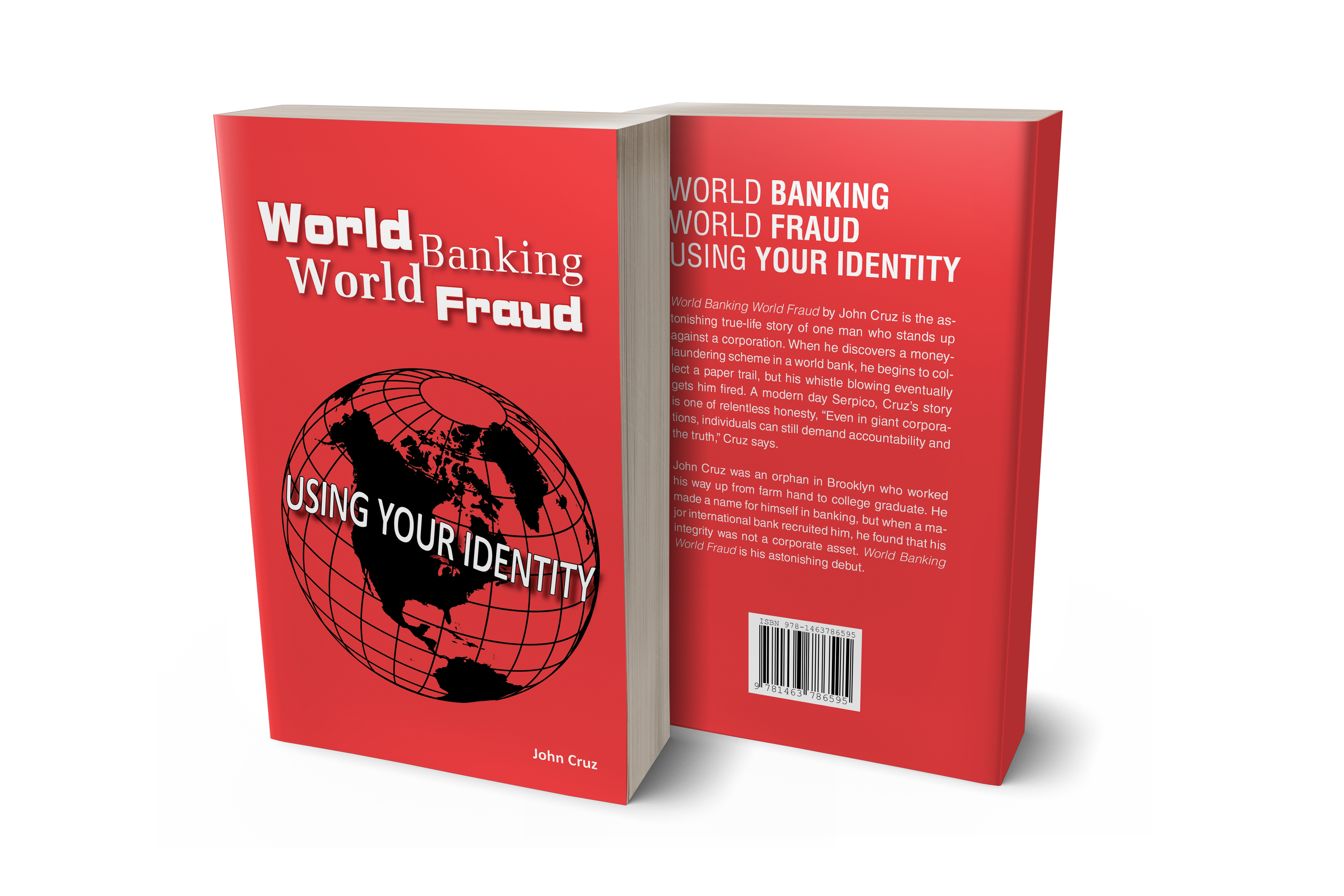 From life as a young orphan to the American dream to a corporate nightmare of fraud and money laundering. John Cruz is a survivor. In his new book, World Banking World Fraud, Cruz describes his extraordinary rise from poverty to inside a world bank where he uncovered and documented the systemic fraud and money laundering that eventually led to his termination. Cruz first became aware of the fraud in 2009 when he was named vice president; senior business relationship manager (SBRM) over some of HSBC’s highest producing branches on Long Island. There he learned that managers at HSBC were so effective because they were establishing fraudulent accounts. He discovered and documented multiple phantom businesses with active accounts but was explicitly told by management to forget what he saw. Cruz recently said of the fraud, : What I realized quickly was that this wasn’t a one-time thing, or the activities of a few people. What I found at HSBC was systemic and international, I wrote my book, World Banking World Fraud, because no company should be above the law, no matter how big it is or how much money it has.

Buy From Amazon or Barnes & Noble